History of the Detlev Rohwedder Building

The Detlev Rohwedder Building, located in the Wilhelmstraße in Berlin’s historical government quarter, has been the head office of the German Finance Ministry since 1999. It reflects the stages of Germany’s turbulent history more clearly than almost any other building in the capital.

Constructed between 1935 and 1936 according to plans designed by the architec Ernst Sagebiel, the building in the Wilhelmstraße was one of the Nazi regime’s prestige projects in Berlin. It served as the headquarters of the Reich Aviation Ministry until the end of the war and was Herman Göring’s centre of power.

However, there was also resistance: It was in this building that the members of the resistance group “Rote Kapelle” planned their activities until they were caught. A memorial site for those resistance fighters is today part of the entrance hall of the Ministry. They were executed in 1942.

Sagebiel designed a steel-framed construction consisting of five to seven storeys. The complex is symmetrically designed and has two wings, a court of honour facing Wilhelmstraße, two large inner courtyards and a facility management yard. With a gross floor area of 112,000 square metres and 56,000 square metres of useable space, the building was and remains one of the largest office complexes in Berlin. There are more than 2,100 offices, which can be reached via 6.8km of corridors, 17 staircases, four elevators and three paternoster lifts.

Although it played a central role in the war effort, the Reich Aviation Ministry came through the conflict virtually undamaged.

Right after the end of the war, the building was again assigned a key function. Until 1948 it served as the headquarters for the Soviet military administration. In 1947 the German Economic Commission was founded here as the central administrative organisation for the Soviet occupation zone.

The building took on a significant role in the history of the German Democratic Republic (GDR) on 7 October 1949. It was here, on that date, that the German People’s Council, a type of surrogate parliament for the Soviet occupation zone, declared itself the provisional People’s Chamber with the enactment of the GDR constitution, thus executing the division of Germany in law.

After the People’s Chamber moved out, the building served as the “House of Ministries” of the GDR. As one of the seats of governmental power it was the destination of protesting builders on 16 June 1953 and the centre of the people’s uprising of 17 June 1953.

Following German reunification on 3 October 1990, the building was used by the Berlin branches of the German Finance Ministry and the Federal Court of Auditors. Other parts of the building were occupied by the Treuhandanstalt, the agency charged with privatising the East German economy. The agency was based here from 1991 to 1995.

The building was given its present name, Detlev Rohwedder Building, on 1 April 1992 in memory of the first president of the Treuhandanstalt, who had been assassinated a year earlier. In the course of the general relocation of the German government, the German Finance Ministry transferred its head office from Bonn to Berlin in 1999.

The German Finance Ministry has accepted the historical challenge attached with this building. A deliberate decision was taken not to demolish the building as some reports recommended, but to renovate the whole complex and maintain it for the public. It is only by continuing to use this building that its history can be kept alive and function as a warning for future generations never to forget this chapter in Germany’s past.

Reconstruction of the building

Substantial reconstruction and renovation works were carried out when the Detlev Rohwedder Building became the head office of the Germany Finance Ministry. The original state of the building was mostly preserved. The old structure of the office rooms, the natural stone facade, the outside areas and the mural by artist Max Lingner were preserved. Conference, press and visitor centres were newly designed and equipped with state of the art conference technology and air-conditioning. 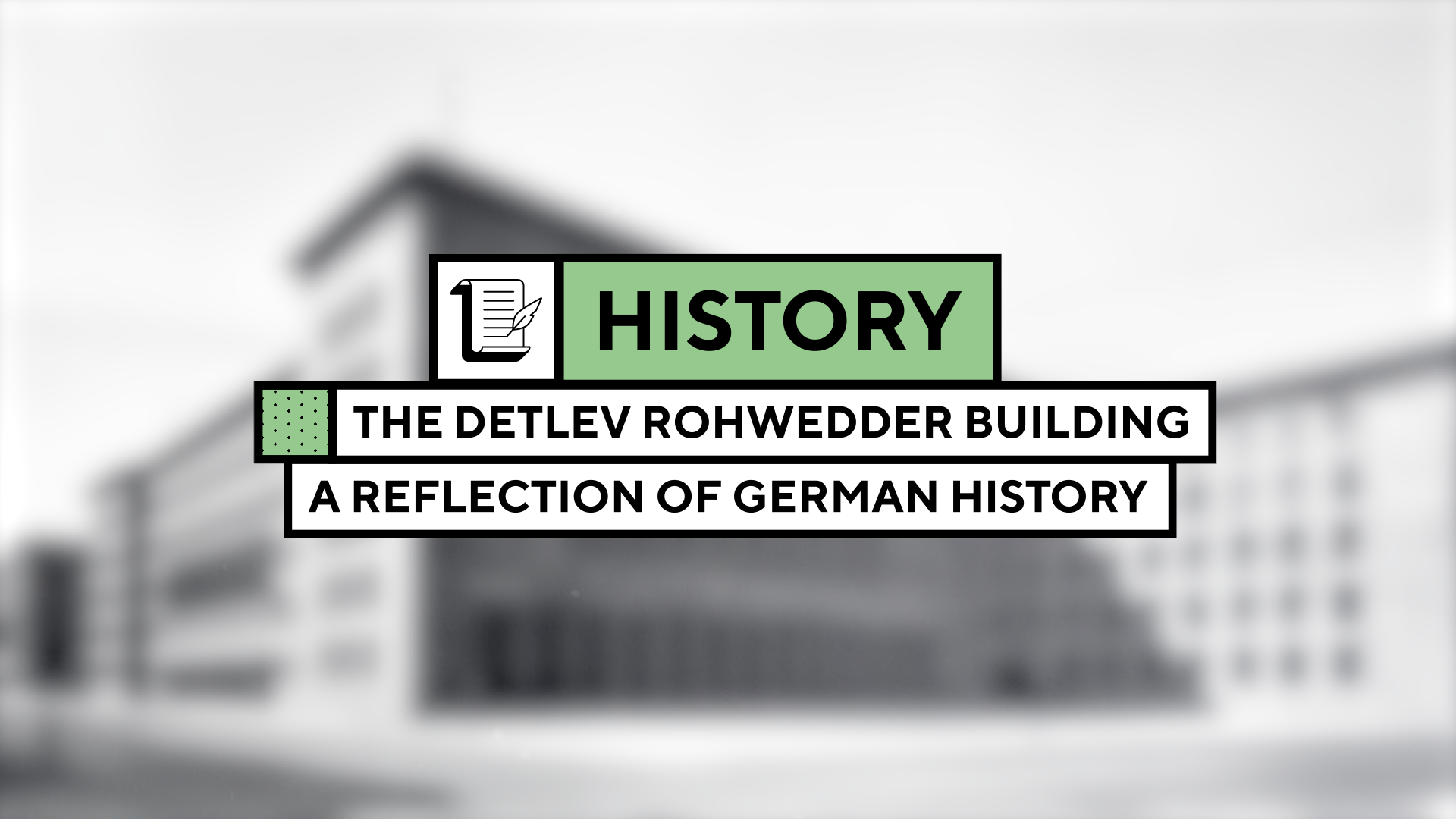 The Detlev Rohwedder Building – a reflection of German history

More : The Detlev Rohwedder Building – a reflection of German history 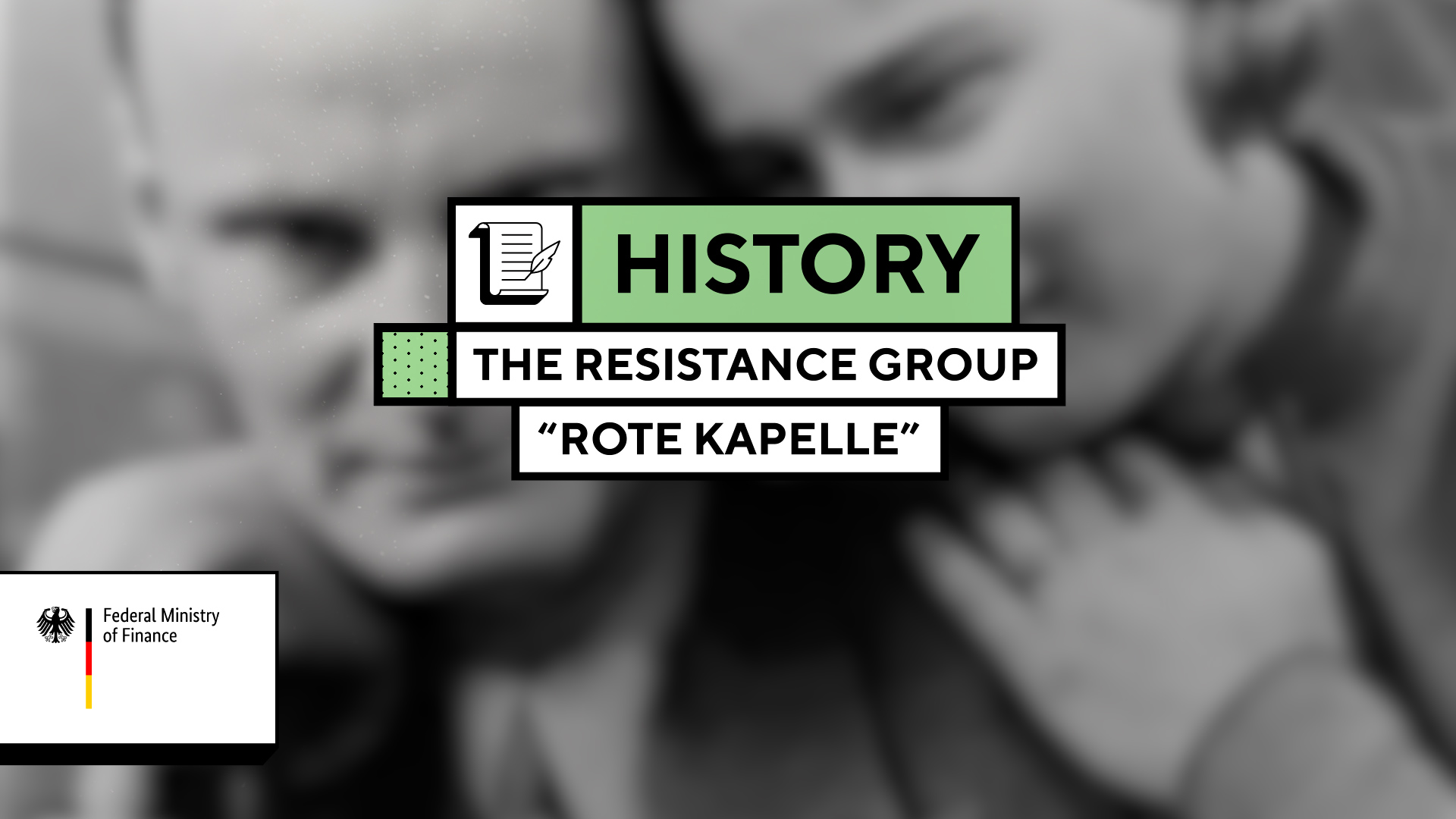 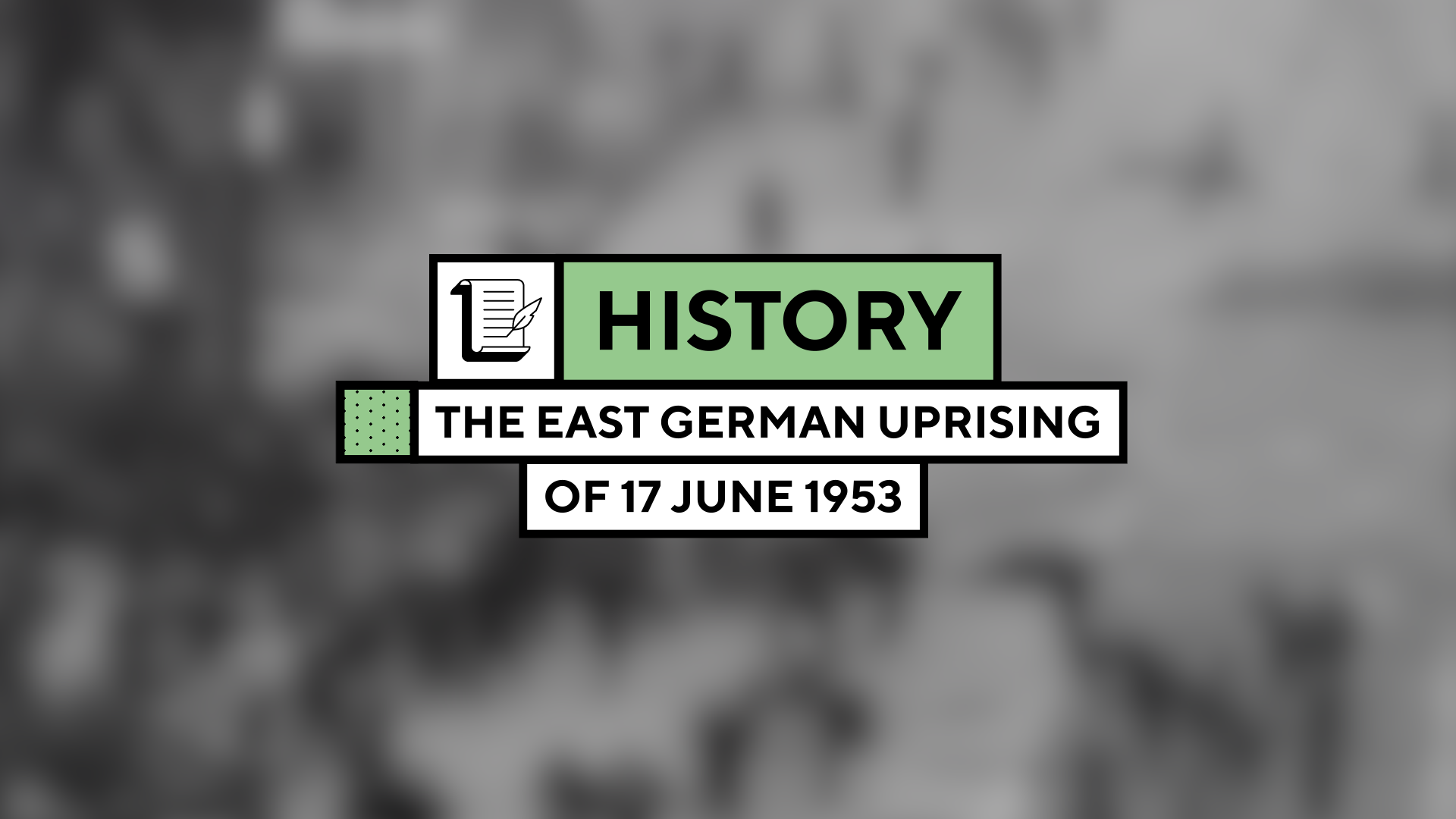 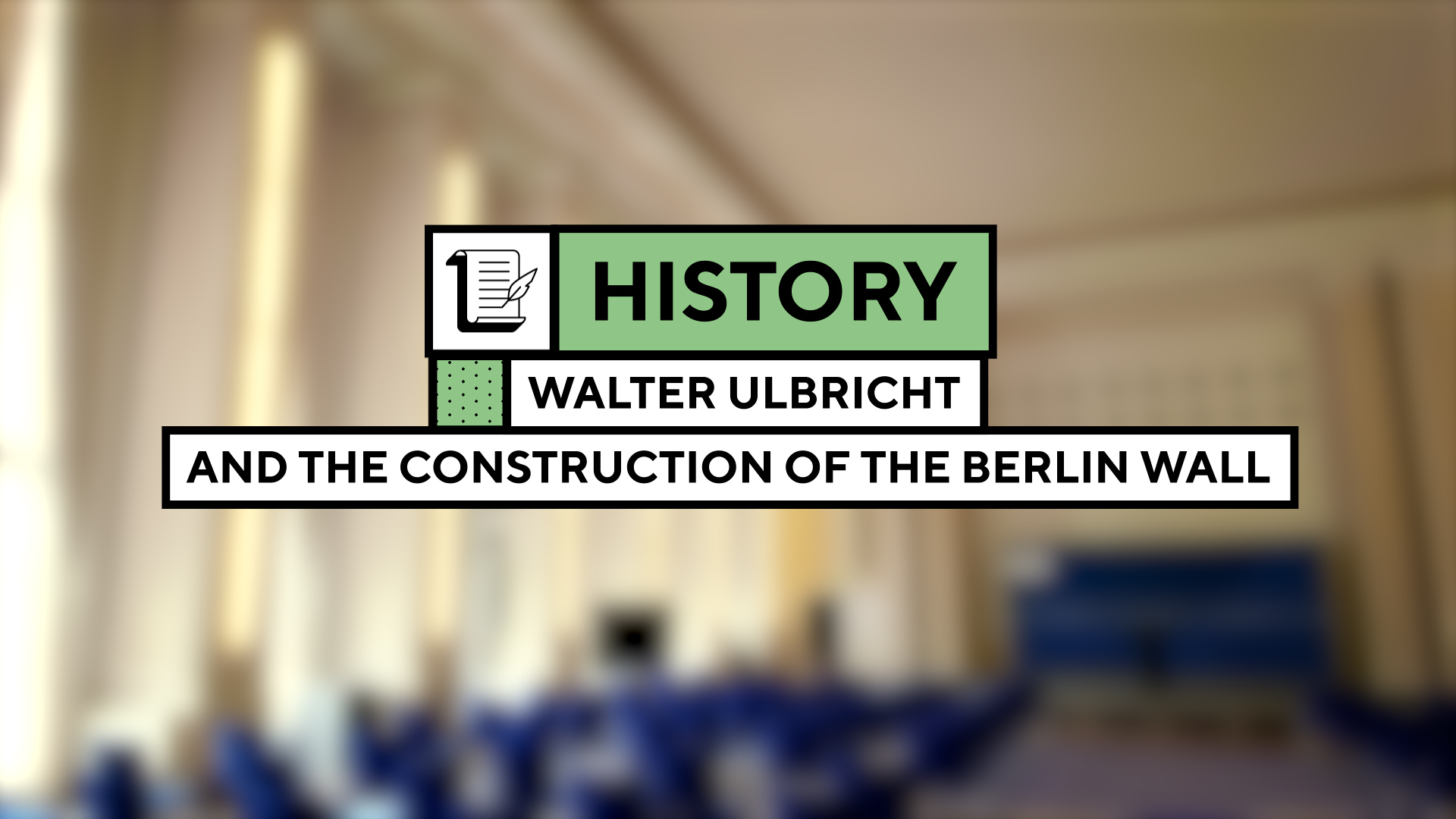 Walter Ulbricht and the construction of the Berlin Wall

More : Walter Ulbricht and the construction of the Berlin Wall 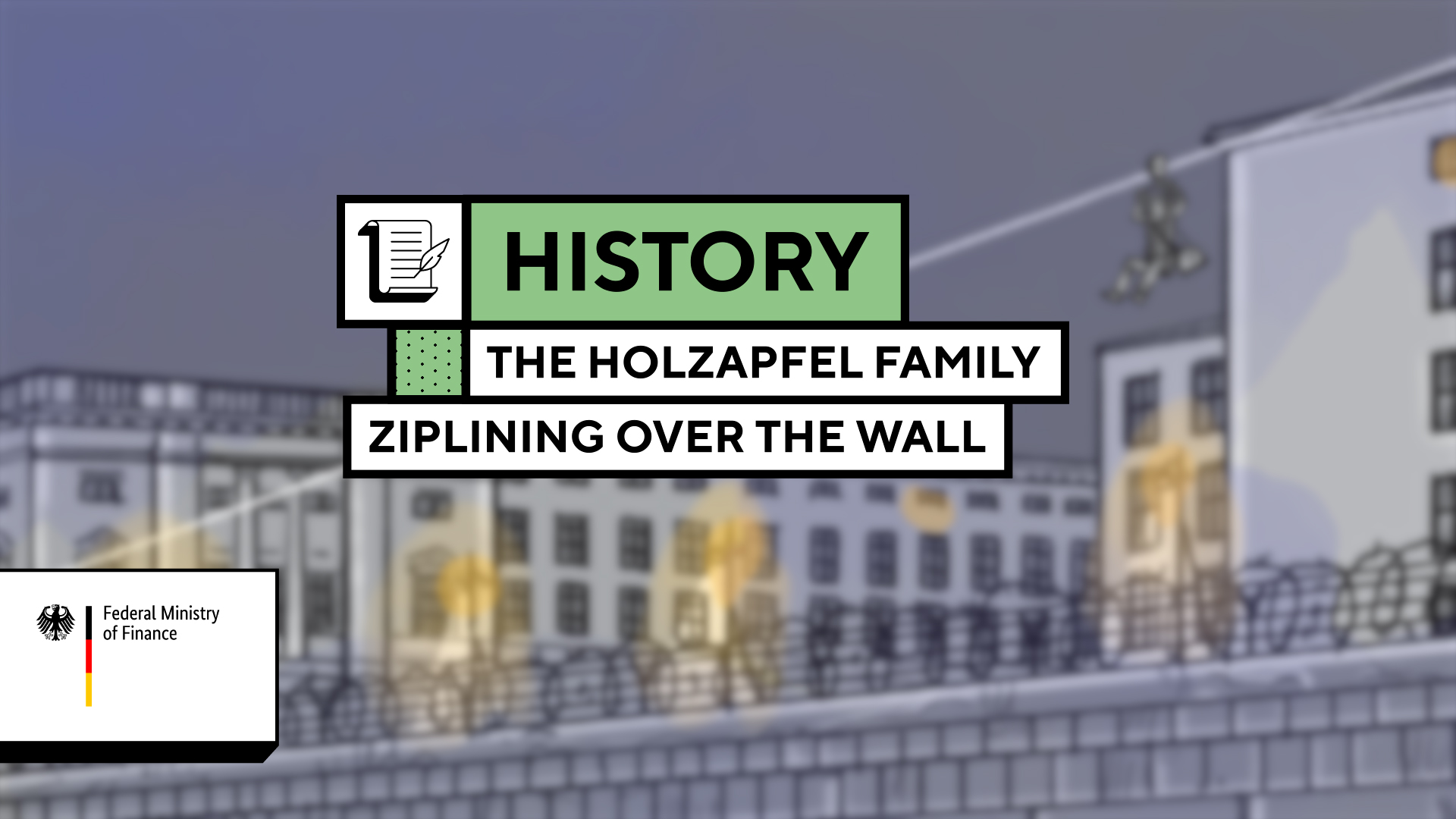 The Holzapfel Family – Ziplining over the Wall

More : The Holzapfel Family – Ziplining over the Wall 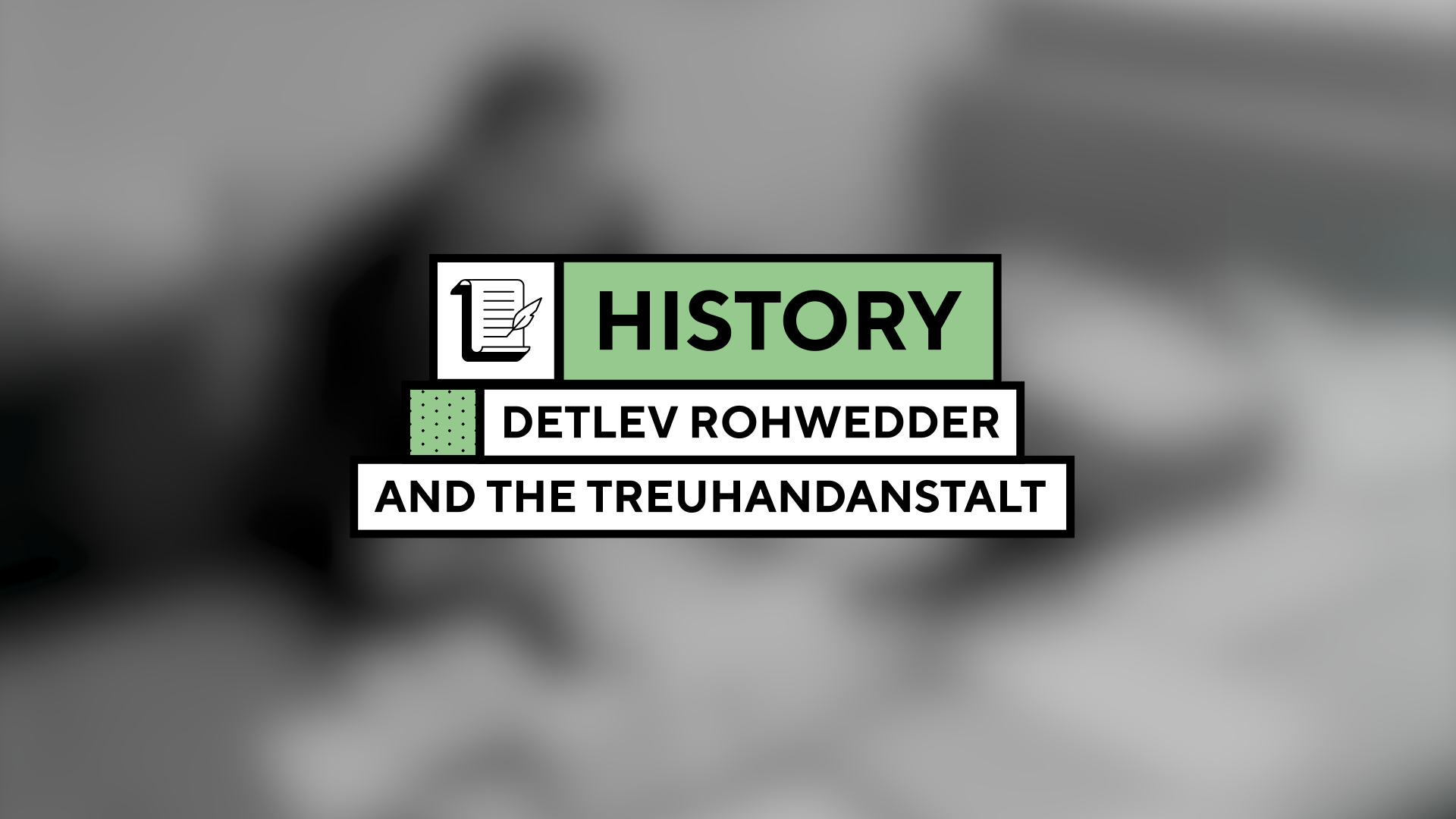 Detlev Rohwedder and the Treuhandanstalt

More : Detlev Rohwedder and the Treuhandanstalt
Share this page
Print this page or download this pages as a PDF document

More on this topic